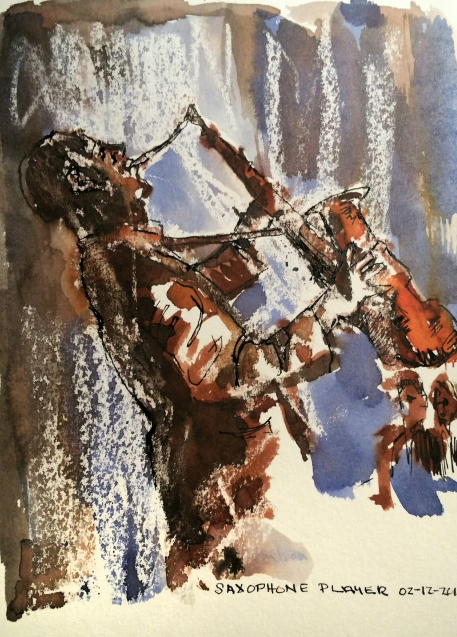 When I was in art school we were taught almost nothing about the business of/around producing art. This was university. This was art. Business didn’t come into it. You created and if you were any good someone would notice.

But that’s a topic for another week.

When I began to write I went to a class, then I joined a writers group and checked out all the blogs on writing I could find. Correction. You cannot possibly go through all the writing blogs on the internet in one lifetime. Writers write and they love to write about writing. And writers write about the business of writing. In fact, they are very vocal about this topic, and the number one go-to seems to be social media. You must build a platform on social media.

At first, I liked Facebook. My children and their families, who I adore, live far away from me and this was a way to keep in touch with them. It was wonderful to see how the grandchildren were growing and the things they were doing.

Something unfortunate began to happen.

Let me say that I tend toward the naive, and I’m sure others would have caught what was happening much sooner than I did. I noticed it first during the last American election. The screaming and calling out, the unfriending. The writer community really got caught up in it. And I did too.

Then bit by bit I realized that everything had become a POLARIZING issue. I also realized that often in the slavering rants the facts had gone missing.

I find this beyond stressful and have had to step away.

So, what do you do when the world becomes too much? Too miserable? Too Awful?

Writer Chuck Wendig writes about it on his blog Terribleminds. He has his way and I have mine. I research. I make as sure as I can to have the facts. I do my best to be thoughtful and moderate, I listen to alternate points of view and I look for reason, and most of all I step away from the screen. I draw, I paint, I write, I read, and I listen to music. (right now, Endless Boogie, Vibe Killer. I know, stupid lyrics but I like the rhythm.)

Lately, I’ve been reading a lot of interviews and reviews of Steven Pinker’s new book Enlightenment Now. It might not be your thing, but something positive is nice for a change. 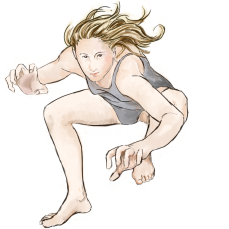 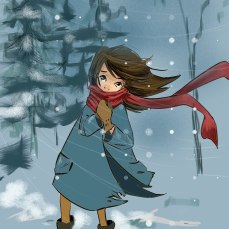 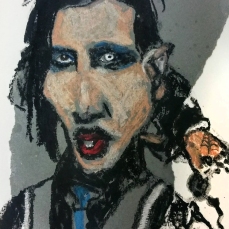 Shortly before the end of 2017 I was feeling dissatisfied with my creative output. We, as creatives often make these fuzzy goals in our heads, and then when somehow those fuzzy goals don’t magically become reality we get down on ourselves.

I decided to do two things.

Now, you can do all this on a Google Calendar–well, if you don’t care about the sparkly stars. I decided I needed both. I use the Google Calendar to set goals. When I’ve done a particular item I cross it off. But even better is my old-timey paper monthly calendar. I don’t set any goals there or write in any appointments. Instead, I write down what I did, and if it’s writing I get a red star and when it’s painting I get a blue star.

Shiny! Shiny! I’m astonished at how many shiny stars appeared on my calendar. Maybe I did more work because I was keeping track of it or maybe I’ve been working hard all along and didn’t give myself credit.

Even last week when I was laid low by that nasty flu, I managed the three digital pieces above and the analog drawing of a “rocker”, as well as revision of four chapters in my comedic boomer novella, entitled Hannah’s Hearing.

What about you? Do you give yourself the credit you deserve? Go ahead. Give yourself a gold star! 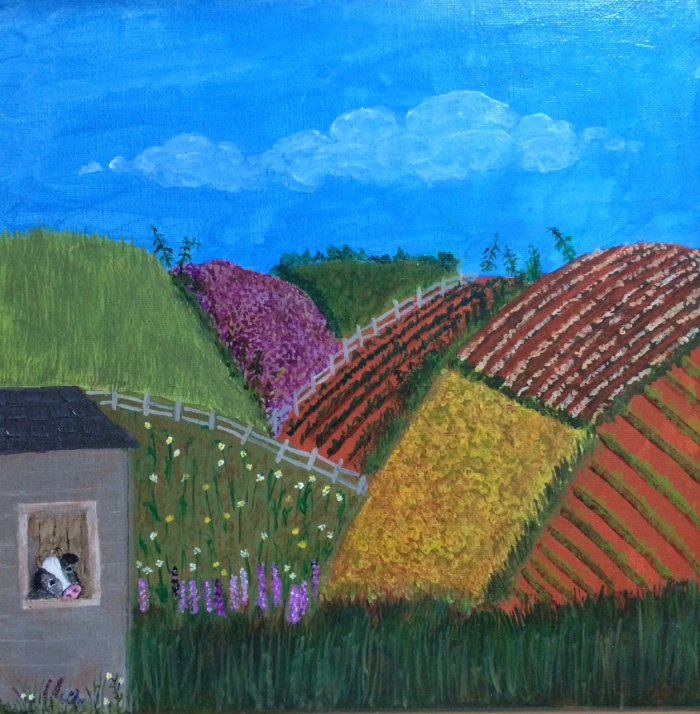 When you’re an artist you often can’t wait to lose the day job and do what you really want to do, but I can tell you there are perils to having all that free ‘alone’ time. It’s much harder to keep yourself going and organized than you might think, and it’s especially difficult if you are energized by social interactions.

Work is not the problem here.

Most creatives can’t help but work, but the isolation, and the fear that you’ve missed the boat–that the world has moved on in your creative field and left you behind–is a pretty miserable thing to contemplate.

I think young artists experience this too and I know only one answer to that kind of misery.

Keep on keeping on.

It might sound like the definition of madness, but you’re not going to let that bother you, are you?

The painting above is by Marie Lyon who began her art study when she was 53. She’s now, 88 and continues to work. Read all about her at Debra Eve’s Later Bloomers. She sounds like a fun lady.

Every year, at this time I get a little manic. It’s both a delicious and slightly uncomfortable feeling made up of anticipation and fear, of potential and possible failure.

Okay, so failure goes without saying. You’re going to fail this year. I’m going to fail, but man! Look at all that potential.

We can try anything. And, I’m biased I know, but how about trying something new in the “Maker” arena today?

Hey, not like that. You know I meant for you to create a pot on a wheel or hand build one if you prefer.

There is nothing like the satisfaction of having made something.

Sometimes you fail, yes, that’s life, but you always learn, and that is the most exciting part of it all. You learn.

I already know I’m going to take David Schmid’s course on mystery writing (The Great Courses) and a whole lot of classes in psychology.

What about you? What are you planning to learn and make this year?

The artwork above is one I made some years ago. I used a process of sticking down many little bits of paper (on canvas) until I began to realize an image of sorts. This one came out looking a bit like a Cezanne painting.

...about art, creativity, the mind, life, and writing.